The political atmosphere is getting more interesting as the 2023 election draws near. The heat of political campaigns accompany by jibes, tantrums, and vituperation can be easily noticed at every political function staged by different political parties and the tongue-lash in the media space by Political supporters namely Batists, Obidients, and Articulates makes the political razzmatazz more endearing.

So far, the campaign of the All Progressives Congress has been massive and flooded with a mammoth crowd. The impressive turnout of the party faithful is a harbinger to the predicted success of Senator Bola Ahmed Tinubu in the forthcoming election. In my opinion, he has the edge more than other candidates. My reason here is a topic for another day.

On the other hand, the presidential campaigns of different political parties have been marred with slip of the tongue and gaffe which has been a point of memes in the media space. Of all the Presidential candidates, the intermittent slip of the tongue and gaffe of Tinubu has stirred many criticisms against his physical, psychological, and intellectual capability to paddle the affairs of a country of over 200 million population.

Many arguments and references have been made to where other candidates like Peter Obi gaffed by calling Nasarawa a country. This depicts that a slip of the tongue is not peculiar to the aged or young candidates. It shows anyone can make mistake at any point in time.

The fact that young age, sound health, and intellectual composition can not debar one from the slip of the tongue is what the likes of Festus Keyamo fail to fathom to have been in defense of every mistake made by Tinubu. Slip of tongue is different from incoherent utterances caused by mental illness. His slip of tongue has nothing to do with age, health or mentality. It can happen to anyone.

Festus Keyamo has been so engrossed in defending Tibubu’s gaffe rather than admitting the fact that he is a human who is liable to mistakes.

After the God bless PDAPC gaffe in Jos and Balabulu Blu Bulabaa in a town hall meeting, the kind of defense being deployed by Festus Keyamo is more or less like an embarrassment to Tinubu. It is very simple to admit mistakes than to prove perfection all the time. Or how many times would Festus Keyamo have to twist or interpret every slip of the tongue made by Tinubu before the general election? It looks more puerile of a SAN to frame the obvious gaffe in defense of Tinubu at all time.

As a matter of fact, no one is alive without weakness, Tinubu’s weakness is conspicuously enshrined in his intermittent slip of tongue, to safe Keyamo the stress, a thorough work on Tinubu’s weakness is more advisable than playing a defensive mechanism. The slip of tongues is obvious mistake, making it meaningful is an embarrassment to the personality of Jagaban, Featus Keyamo should be reminded that Tinubu is a human being and not infallible. 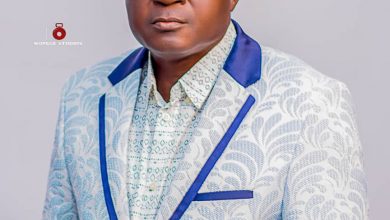 NNPP has affirmed the right peg in the right hole for Kwara North By, Maher Al-Muaiqly Lafiagi, Edu LGA, Kwara 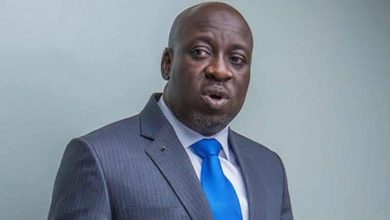 Opinion: Bolaji Abdullahi should bury his face in shame By AbdulFatai 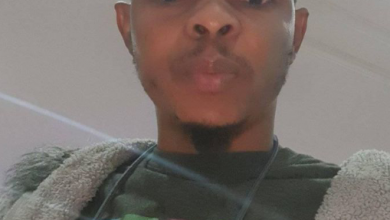 Opinion: The Omoluabi Summit: A Note of Reflection by Seun Awogbenle