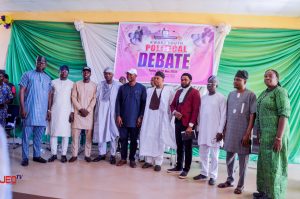 The event had media organisations, labour unions, civil societies, religious bodies and other political stakeholders in the Kwara South in attendance.

Responding to questions, Sen. Makanjuola Sulaiman Ajadi of ADC said he’s the most qualified senatorial candidate, with my age, experience, and maturity

He said the senate seat requires vast experience and maturity, the reason why people like me are qualified to go to the red chamber in 2023 and bring more developments for the good people of Kwara South, I’ve done it  from 1999 to 2005 and people saw what I did

Senatorial Candidate of Accord Party,  Amb. Olutula John Onijala said he’s going to establish Agro-allied industries and I’m very sure that will employ many youths, If we don’t employ our youths believe me we are sitting on a time bomb

Speaking further, I will also work on tourism and hospitality, some countries in Europe generate huge revenue from tourism, for example, 2 million people visit Hungary annually, here in Kwara South we have many tourist sites which need proper attention

SDP Senatorial Candidate, Prof Wale Sulaiman CON, said Fellow Kwara Southerners you have a chance to choose between a politician with a high level of integrity who are progressive-minded or politicians who just want to maintain the status quo and when they give you tokens they keep billions in their pocket

I want to encourage everyone in this hall to search in their heart and look at the current situation either personally or in your communities, are you a graduate who can’t find a job, a farmer who can’t go to the farm, are you, someone who lost somebody due to poor health care, are you someone from Ekiti LG axis who rush home by 6 pm because of insecurity, if you disagree with the way things are now I want you to join our movement, join us because the movement has become a movement of the people, by the people and for the progress of the people of Kwara South

Dear Kwara Southerners, we have the chance to choose between politicians who have weaponized poverty that done nothing for almost four years and come around when the election is around the corner and remember they want to do empowerment with token or  politicians that has values, expertise, vision and capability to transform Kwara south

In their respective presentations the House of Representatives Candidates who are seeking to be elected to represent the Isin/Ekiti/Irepodun/Oke-Ero federal constituency in the green chamber by 2023,

YPP House of Reps Candidate, Comr Charles Folayan said I’m coming with diligence because I believe whatever we do should be done diligently, it’s not enough to be in a position of office but you should be diligent

This value with the huge target is accountability, I’ve been able to use this value everywhere I worked over years and everywhere I’ve served

I want to bring dividend of democracy to our people he said.

LP House of Reps Candidate, Mrs Oluwatoni Adeleke said, Many of our youths need to be trained on 21st-century skills not only giving them money
Many of our elderly women need support in our respective communities and there is a social support policy from the government, how are these things implemented?

SDP HOR candidate, Hon. Ganiyu Zubairu urged electorates to vote candidate with the capacity and capabilities, as he promised to take the constituency to a greater height if given chance to serve

Speaking with Just Event Online TV,  the chairman debate committee, Sodiq Bolaji said the debate is a unique platform for candidates to share their blueprints and plans with electorates ahead of the 2023 election

Sodiq expressed excitement over the KWAYORG debate, saying it is the first of its kind in Kwara State

While Commending the candidates who honoured their invitation, and described them  as the best thing that ever happened to democracy in Kwara, together we set a good precedence 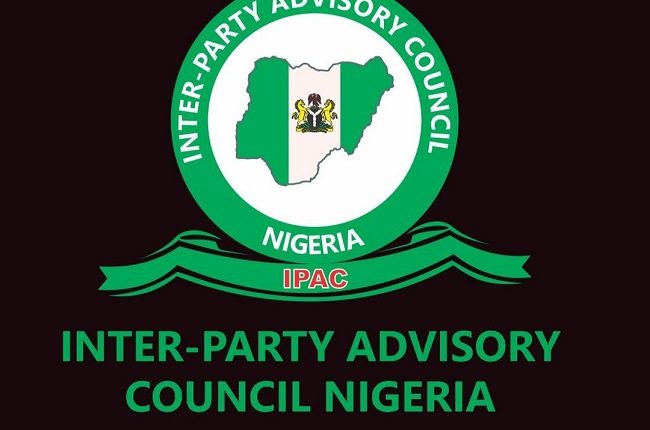 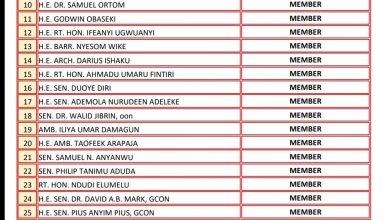 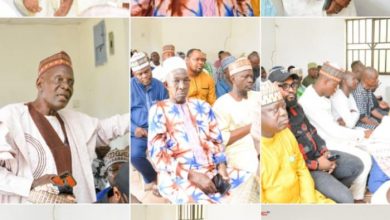 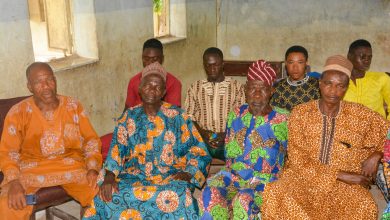