The political landscape of Kwara central senatorial district witnessed fresh momentum with the emergence of a grassroots political leader and accomplished I.T expert, Hon. Aiyelagbegan Kayode Abdul who is widely known as Goga as the Kwara central senatorial candidate of the New Nigerian People Party (NNPP). The development which has since been gaining traction has been consistently described as a profound transformation of the political atmosphere in the state by several political pundits owing to the enduring connection of the community developer to the grassroots.

The frontline entrepreneur enthused in his declaration of ambition that it’s high time the masses were allowed to take charge of leadership responsibility which bears defining impacts on their fortunes and social conditions, promising to deliver people-centred representation grounded on equity, fairness and justice and as well entrench the culture of seeking constituents’ inputs in the decision-making process in the bid to strengthen representative democracy and uphold the belief that people’s interests can best be represented by engaging them consistently to have access to their views.

It is imperative to note that legislature is critical to the sustainability of democracy, and if effective, would promote good governance and afford an avenue for grassroots representation which ultimately bring the yearnings of the people to actualization. Being a unique institution, it requires shades of attributes with which a potential legislator must be identified for credible representation, the qualities such as; eloquence, accessibility, responsiveness, inclusivity and consistency all of which are impressively Goga’s overt characteristic features that would be brought to bear in the discharge of his duties to justify the mandate given by the electorates and improve the quality of life.

The consistency of the drive that inspires his aspiration to represent the interest of the people is evident in his political trajectory, having keenly contested the Ilorin North/West constituency seat at the Kwara State House of Assembly in a defunct Action Congress of Nigeria (ACN) more than a decade ago, the result of which was legislated and culminated in a re-run whose outcome remains a chip on the shoulders of the electorates who were then united in their outcry of the malfeasance that marred the exercise.

He stayed true to his conviction and never got detterred by the undesirable experience from the electoral anomaly. In 2015, He demonstrated the resoluteness of his aspiration to represent the people by taking a shot at the Ilorin West/Asa House of Representatives seat on the platform of Accord Party where he defected to after the botched Peoples Democratic Party’s primaries, which were reported to have been marred by massive rigging to favour certain candidature.

He is a cerebrally sound people’s servant whose excellent academic records largely account for the enviable attainments and remarkable exploits he has accomplished in his professional field. He is coming with rich democratic credentials which would be built upon to improve the quality of governance, positively redefine representation and initiate policies that would accelerate the drive to prosperity.

With the agenda he tagged “CREDIBLE REPRESENTATION”, he is determined to be driven by the vision to uplift the district to an enviable development pedestal, that would afford people the opportunities to be independent, self-reliant, and productive through various social intervention programs designed to enhance economic fortune and facilitate job creation to stamp out idleness and make people employers of labour. This is as he promised to initiate and sponsor bills that would impact positively the well-being of the people and be pursued to reposition education, improve security, and revamp the health sector among other objectives for the constituents.

It is pertinent for us in Kwara central to take a stock of the quality of representation and sustainability of the strides of the past senators on the collective growth to guide our electoral choices and fortify ourselves against the cacophony of rhetorics. As a grassroots politician who grew among his constituents, Goga understands what the needs of the people are and will work assiduously if elected by the grace of Almighty Allah to bring democratic dividends to his people.

To actualize the collective goal, we must see beyond partisan interest and place precedence on the credibility of the candidates, at this point, Aiyelabegan stands head and shoulders above other contestants. The simple-minded attempt to draw us back with the sophistry to manipulate sentiment in the bid to sway voting patterns based on rhethoric should be resisted by voters, the candidates should be accessed based on their antecedents and contribution to the community over the years . It is clear that Aiyelabegan has paid his due with his contributions to the economic, social and political life of his community over the year and electing him will give him a platform to do more.

It is not surprising that the aspiration of the grassroots politician whose sobriquet, Goga has become a household name in Kwara Central gains traction at a frenetic pace. His track record of humanitarian gestures, community development initiatives, and youth development programs all of which he has over time been doing with a deep sense of modesty have placed him in good stead to deliver people-centred representation and build further on his enduring practice of elevating the living conditions of the people. 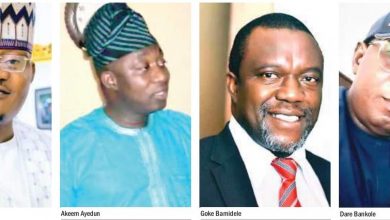 Isin/Oke-Ero/Irepodun/Ekiti: Stakeholders as the hyenas in destructive Opinions 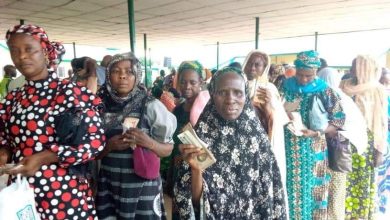 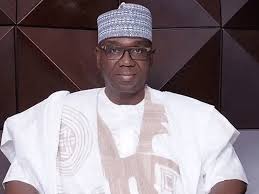 Opinion : Save the soul of KWASUBEB teachers Gov AbdulRazaq by Abiola AbdulRasheed 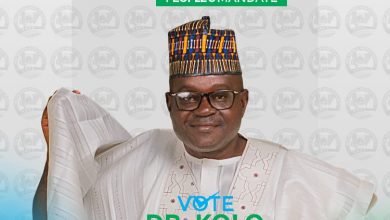 Dr. Kolo Baba Jiya is a sure door to sustainable empowerment. By Maher Al-Mueaqly