It is not a mystery to speak about this topic today. I have seen alot of divergent views about who the other persons are, just because your ideas and views are not aligning to what they think as their own ideology. It is important I put this opinion out there as we go into 2023 general elections in the State with politicians and political parties skimming to woo voters of different folds.

Human nature should be build on a Foundational goal and expectations about the future and not the immediate that has no impact in the future and the generations to come. Political correctness is the ultimate in developing every society.

In every society, there are misdeeds and misgivings of any individual, either at a private life or public life. Politicians who have had opportunities in an elective offices and talking in defense of Kwara North lack of infrastructural decay needs to be question on the opportunities they may have offered to Kwara North as a development. Or creating an enabling environment for businesses to thrive.

Political empowerment is not driven by your committment to the people. I have heard many youthful politicians who only believed that developments are tied around those who have worked or created an opportunity for the present because of political empowerment, and not putting their eyes in the future. They lose sight of the ultimate for the immediate,  which is dangerous anyway.

It is important I put this to all my readers that developments or needs or supports you may have offered to people today through distribution of motorcycles and the likes are obsolete, and do not guarantee your love for the larger interest of the people. Those who will be with you often times are naturally endowed to identify with you as their savious.
The biggest accomplishment that anybody couod give to Kwara North of today, would be their total support for an eventual victory of a Kwara Northerner as a number citizen of the State.

Recently, I had to follow all the political parties of their campaigns, empowerment as a means of sustenance for the ordinary voters, and efforts made by various political parties to woo sympathy, show of interest in their committment to the people of Kwara and their desires to get to power by all means. Yes! It is understandable that individuals and across party lines in their numbers employ tactics, maneuvering and intrigues to get to the voters in pretense of identifying with different communities for their needs.

But one thing that can never be taken away is that those affected either as in form of bad governance, lack of leadership positions that could attract real developments; like good road networks, industries and factories to have a sense of acceptability in a society that belong to all can never be silenced without a voice to be heard.

I would also like to make reference to what my dear brother, Alhaji Hakeem Lawal, The Gubernatorial candidate for SDP said in his recent engagements in Patigi LGA in Kwara Kwara and I quote;

“This is not the time for sectional or sentimental agitations, rather we all should be purposive in prioritizing demands for even spread of dividends of democracy”
He went further to say; “Infrastructural deficit, unemployment and underemployment etc are non-respecter of ethnic, religious and sectional biases. Thus, our search for way-outs, must be solution and not primordial sentiment driven.”

One thing the SDP gubernatorial candidate forgot to addressed that is of most democratic to us in Kwara North at this critical period is to tell Kwarans that developments can come within where there is equity, fairness and Juatice. The sectional or sentimental agitations he referred to individuals or groups demanding for the number one seat in the State is trivial on the Equity, and Justice.

So it is important to note that the equitable access to everything in a civilised society is morally seen as right of all.
How do you have infrastructural Developments in Kwara North when the first right of recognition that is democratically inclined on the basis of equity, fairness and Justice is still being contested?

The SDP gubernatorial candidate referred to Kwara Northerners not having the moral justification to seek for his own support that is based on morality. He also told Kwara Northerners that there is no need for equitable access to government where others have had it and enjoyed same.

I strongly advise all those coming to Kwara North to campaign should have an alternative messages to the voters that are factual and based on needs assessment of the people, but telling them not to asked to be voted for as a number one citizen of this State amount to mockery.

Another issue I would like to talk about is the insecurity empowerment that is currently flying around the Kwara North to the voters. I wouldn’t know if what I’m thinking the public is also thinking same. I considered such kind of empowerment as a form of misplacement of priority and insensitive to the plights of the masses interms of needs and an attempt to further silenced the ordinary voters, while the donors preached about unemployment, underemployment, and infrastructural deficits in Kwara North.

Let talk about the word “Empowerment” in real sense and relating it to the insensitive styles of empowerment that is currently going on in Kwara North by those seeking to contest for an elective offices from Kwara North.

“Empowerment” is an act of authority or power given to someone to do something. Or empowerment given to individuals to create their own dwellings.

In 2015, recognizing the global nature of challenges like poverty, inequality and climate change, UN Member states universally adopted the 2030 Sustainable Development Agenda. The Agenda take care of three core elements: economic growth, Social Inclusion and Environmental Protection. So empowerment is part of the cure for poverty.

Reading through the above and concise definitions of “empowerment” you will agree with me that items being distributed in Kwara North today is rather improvising Kwara North more than ever especially when we are in dire need of industries and factories. I would cite just one example of a motorcycle being distributed by politicians as a means of supports to families with their children sitting at home with their certificates.

Distributing motorcycles to people and tagging it as empowerment is ridiculous. What are your various needs assessments that inform your decision to buy someone a motorcycle?
You gave a motorcycle to further mortgage them for the election year. Many of these motorcycles will be sold out in few weeks as it is not their priority?.
You give a man a motorcycle as a form of empowerment and his only child is a graduate without a job. Where is the employment letter for that child you claimed to love his father?

Some weeks back I had an opportunity to facilitate temporary relief equipments that politicians now called empowerment to some women. The team proposed of items that will be transferred to them, and one of the women quickly called my attention to such a gift as it is not her need. I asked her what do you want, if you dont want this? I told her that what the team proposed for you was above what you are asking for. She said oga, this is what I need.  For us, it was a temporary relieved materials that I now hear politicians tagged as “empowerments” with decorated chairs.

Again, politicians give a freezer to a woman that doesn’t need it because her only problem was to have a sewing machine. All these are misplacement of priority by my recent engagements with the so-called empowered in this part of the State. Many have been sold.

Where are the job opportunities for that woman whose son or daughter is a graduate and has no job to do to sustain them?
Where are the industries from a man who can investment millions of Naira to buy motorcycles, grinding machines and freezers for the young graduates to be gainfully employed in Kwara North? Where are the enabling environment in Kwara North that guarantee environmental Protection on the ease of doing business?

The masses should ask questions if their own immediate family members are riding motorcycles?
Ask them if that graduates in their homes are painfully sitting at home without a job? Ask them if the road to your villages are same levels of road networks to where they live? Demand from the distributors of these items they give to you, if that can guarantee your future? You must think through what the future means to you.
We must be able to separate what our people need to that of what you think they need. We must be able to challenge those holding our mandates with their total denial and compensation with the regiments that doesnt guarantee your future.

Dear Kwarans, a life threatening disease that is permanent, undetachaed, and fundamental to our sustainability is NOT to recognize a due advantage of all. Not to believe that having human sensitivity is morality. I have said it continuously that as a people, our only survival live within us and that’s the principle of give and take.

Thank you and Remain Blessed.

JUST IN: Buhari returns to Abuja from London 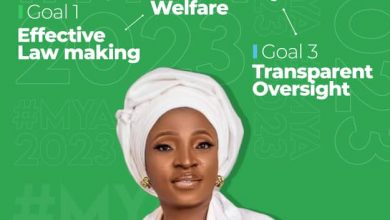 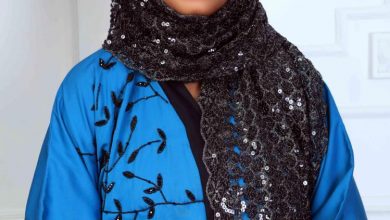 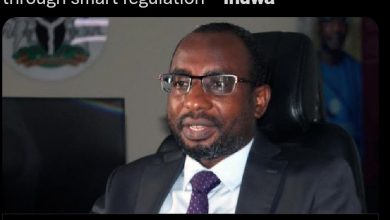 Of Dreams And Possibilities : How One Man Is Putting Nigeria On The Radmap For A Robust  Digital Economy

Opinion : Baraje: All hail the new Tafida of Ilorin