Against the widely circulated report in media space that there is tension in the Federal Polytechnic Offa that crippled the administrative and academic activities, the Acting Rector of the Polytechnic, Dr. Olarongbe Afolabi has cleared the air that the Polytechnic is in safe hands and not in disarray.

Dr. Olarongbe revealed this in a press conference held on Monday 26th of September 2022 at the Polytechnic Main Campus.

While addressing the press, the Acting Rector recounts all his achievements and giant strides within 9 months of taking over the interim administration.

The achievements include general reconstruction and renovation of decayed infrastructures, payment of one month of outstanding salary and many outstanding allowances, construction of new buildings, staff/students welfare and development, improving academic-related matters, tackling corruption in education by inaugurating Anti Corruption and Transparency Unit, beneficiary of 2 billion CBN cassava development initiative fund, mobilization of contractor for the connection of 33kva power line to the national grid, sponsor of Polytechnic researchers to an exhibition in Abuja, cordial relationship with host community among many others.

Dr. Olarongbe noted that all the lofty achievements stated could not be achieved in a polytechnic that is in disarray.

He added that the polytechnic atmosphere is peaceful and conducive as all administrative and academic activities are moving on unhindered.

According to him, “Gentlemen of the press, permit me to reiterate that these lofty achievements are not possible in an institution that is in disarray. I must say that The Federal Polytechnic Offa is not in disarray; the institution is in safe hands.

“The Governing Council under the Chairmanship of Dr. U. B, Ahmed MFR has been providing purposeful, humane, and dynamic leadership. The Management under the headship of the Acting Rector, Dr. Olarongbe Afolabi has been steering the ship of the Polytechnic in an atmosphere devoid of chaos and confusion…

” …Before I draw the curtain on this press briefing, I should let you know that the various Council Committees have just concluded their meetings. These meetings were held on this campus. In addition, our students are on campus receiving lectures. Both staff and students move around without any molestation, visitors throng the Polytechnic to transact one business or another. Academic Board and Management Meetings still hold. The Acting Rector and other Principal Officers still perform their statutory responsibilities. Deans and Heads of Directorates/Units are unencumbered in the discharge of their functions. Any claims from any quarters, therefore that the Polytechnic is in disarray is a hoax. This is fiction belied by the reality on the ground.”

“…I want to appeal to all the stakeholders in this Polytechnic to consider the corporate interest of the Polytechnic in their actions and utterances.

While responding to a question on the appointment of a substantive Rector, he noted that appointing Rector is neither his responsibility nor that of the Governing Council. He added that the Governing Council had done the necessary by placing advertisements, conducting interviews, and forwarding the shortlisted candidates to the appropriate authorities. While noting that he is happy all the Staff Unions are already pressing the matter with the request, he said he would be happier if the substantive rector is announced by the President.

Ag. Rector, Dr. Olarongbe Afolabi and other Principal Officers at the press conference 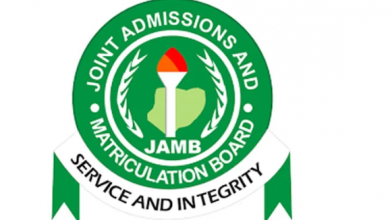 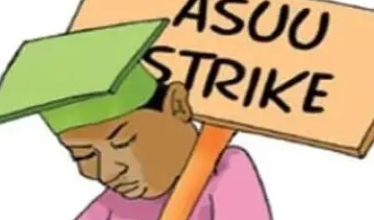 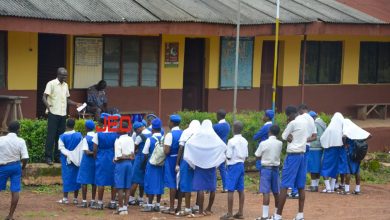