The individuals, suspected to be working in the interest of the state government, published defamatory statements against ASKOMP on Saturday, October 15, 2022.

ASKOMP in a statement signed by the Chairman, Shola Salihu Taofeek and Secretary, Oyewale Oyelola, said it “considers the post labelling our esteemed members as hoodlums defamatory and will be taking legal action against the four agents of them

The post shared on several online platforms reads, “Hoodlums who protested at Police Headquarters are not journalists.

“Kwara NUJ wishes to clarify that none of its members staged a protest at the Headquarters of the Kwara State Police Command, Ilorin in the early hours of Friday, October 14, 2022.”

The media organization said, “We shall be exploring the Cybercrime (prohibition prevention) Act 2015 to seek redress and ensure that no libellous statement against any of our members is overlooked.

For this statement, it is good to state that: “any person who knowingly sends a message or other matter using computer systems or that he knows to be false, to cause annoyance, inconvenience danger, obstruction, insult, injury, criminal intimidation, enmity, hatred, ill will or needless anxiety to another or causes such a message to be sent commits an offence under this Act and shall be liable on conviction for a fine of not more than N7,000,000.00 or imprisonment for a term of not more than three years or to both such fine and imprisonment.”

It has been established that when an individual post on social media, they are acting as publishers and can be sued for making false or defamatory comments.” 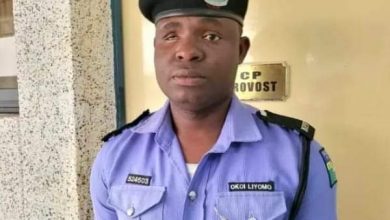 Policeman Who Flogged A Man With A Cutlass Faces Trial, No Room For Nonsense 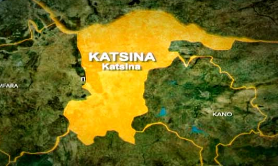 Residents relocate from Katsina community for fear of terrorists’ attack 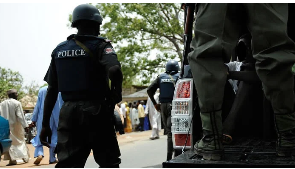