The Federal Government has faulted former Vice President Atiku Abubakar’s agenda on how he will tackle insecurity if he wins the 2023 presidential election.

The Minister of Information and Culture, Lai Mohammed spoke on this at a media briefing on Thursday in Abuja

The News Agency of Nigeria reports that the minister was reacting to the recent Economic Blueprint unveiled by Atiku, the opposition Peoples Democratic Party’s presidential candidate in the 2023 elections.

“On security, all that the leader of a party that frittered the money meant for the purchase of weapons and platforms for the military on frivolous activities could say is ‘we will take tough and difficult decisions on security matters without fear or favour.’ Really?

“While they lost confidence in our military and opted instead for mercenaries, President Buhari, who has never wavered in his belief in the capability of our fighting forces, steadily and surely re-equipped the military.

The minister said it was surprising that what the former vice president could only reel out in his Economic Blueprint was what the Buhari government had been doing in the past seven years.

“Yet, the opposition in its desperation to get power has continued to deny and derogate the administration’s achievements,’’ he said.

The minister said Buhari’s administration that engaged in massive infrastructure development in spite of paucity of resources should not be denigrated by an opposition that lacked originality. 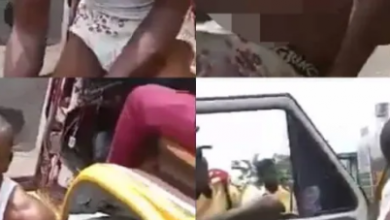 Lagos Driver Strips Himself N*ked, Excretes On His Hand And Rubs It On LASTMA Officers Who Arrest Him (See Video “Viewers’ Discretion” ) 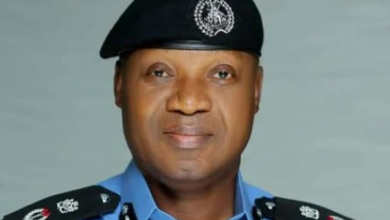